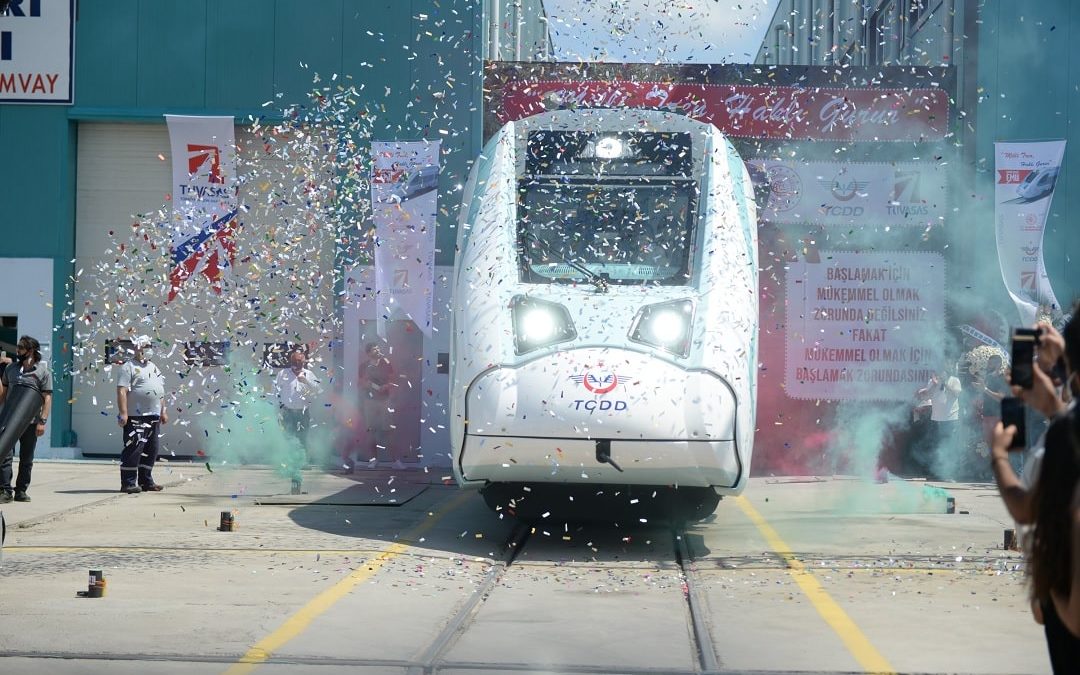 Tüvasaş will build three cars initially, with five cars each.
After this first batch, production of more than 100 trains with between three and six cars per train will start. The first train is due to be completed by the end of 2019. Eventually, Tüvasaş hopes to produce in excess of 400 cars for TCDD, and export the trains as they are designed to fully meet the European Union Technical Standards for Interoperability (TSI).
These vehicles will be the first aluminium-bodied trains to be produced by Tüvasaş, and a new building will be completed for this project at Tüvasaş’ existing site at Sakarya to manufacture the trains.
The trains, which are intended for inter-city services, will have a maximum speed of 160km/h and will have one motor and one trailer bogie per car. A five-car set will have one first-class coach, four second-class coaches with a buffet counter, and a total of 322 seats. There will be two seats for disabled passengers and a toilet for their use.
The high-end characteristics of the fire protection system supplied by ISE, fully compliant to the most advanced fire codes for rolling stock fire protection, were one of the key features for the assignment of this important contract.